For centuries leading up to the coming of Jesus, God had promised through his prophets that he would send an anointed king to save his people, Israel.  This king would come as a servant and would mysteriously save his people through his suffering.  This king would be glorified somehow, and in doing so, would bring redemption, salvation, and glory to not only Israel, but to the entire human race. 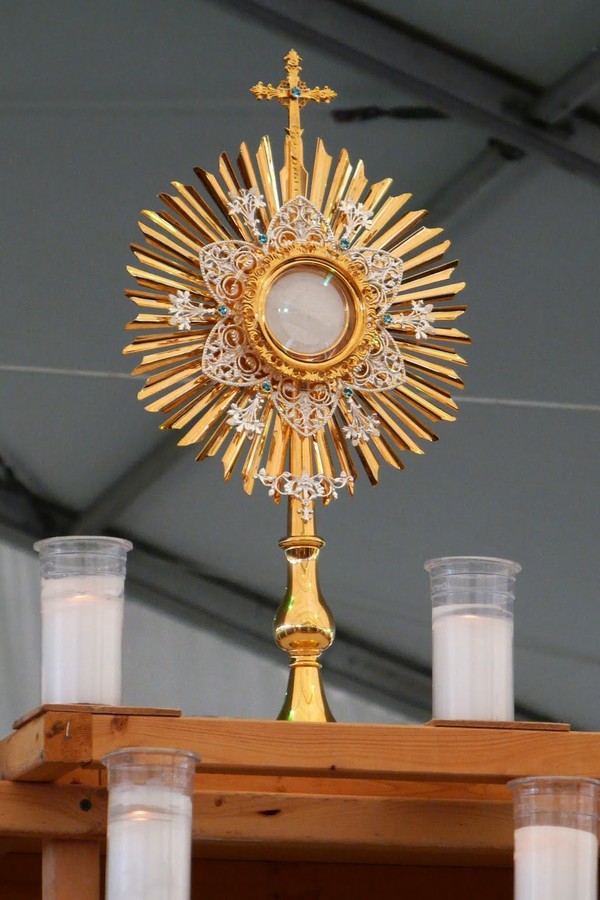 And so it happened in a way that went far beyond Israel's expectations... God was extremely generous in fulfilling his promises.

In the fullness of time, this foretold anointed king was conceived in the womb of his mother Mary, a virgin, by the power of the Holy Spirit, and the name given to him was Jesus. In Hebrew, this name is Yeshua (from which we get the modern day name of "Joshua"), and it literally means "God saves!"

The title "Christ" (in Hebrew: Messiah • in Greek: Christos) means "The Anointed One."  In the Old Testament, priests, prophets, and kings were anointed with a flask of consecrated oil, and in several instances, the Holy Spirit came down from heaven to confirm such a sacred appointment (for example, with Saul and David, kings of Israel). Jesus experienced this appointment in his baptism in the Jordan River, by the hands of John the Baptist, when the Holy Spirit rushes upon him, as he was baptized.

The salvation Jesus brought - as the anointed priestly and prophetic king - was far greater than the temporary political and military victories of his royal Israelite predecessors. In fact, many of Jesus' contemporaries expected him to amass an army, defeat their Roman oppressors, and bring political sovereignty to the people of Israel.  Instead, Jesus conquered the greatest enemy we all face: the powers of darkness (the demonic world) and the grip that sin has over our lives. He did this in the most incredible way: by allowing those powers to seemingly destroy him!

Jesus suffered a most excruciating death upon the Roman instrument of torture and death: the Cross.  Yet, he did so completely voluntarily, without any struggle on his part.  He gave his life freely as a gift, in order to atone for the sins of Israel and the entire world, to bring humanity back into right relationship with God the Father, through a superabundant measure of divine love.

When all seemed lost, after his body was wrapped with burial cloth and his tomb was sealed... Jesus gloriously rose from the dead.  This "rising from the dead" was far, far greater than a mere resuscitation of a dead man: His body was glorified: no longer capable of suffering, spiritually transformed to reflect the beauty of his divinity.

For the next forty days, Jesus appeared to his disciples and taught them many things, allowing them to see how his suffering, death, and resurrection fulfilled God's promises from long ago!

At the end of these forty days of teaching, Jesus ascended to his heavenly throne as that anointed king to reign over his kingdom: the Church.  Today, Jesus continues to heal, teach, and transform us through his royal ambassadors: the ministers of the Church.  He invites every single human being to share in the fruits of his redemption by means of the sacraments and to live under his heavenly reign, which brings true joy to the disciple, the follower of Jesus.

Bishop Barron: "Who is Jesus and what makes him unique?"

Bishop Barron: Who is Jesus and what makes him unique?